December 6, 2014 Comments Off on Team of UH-Hilo researchers and their drone assist in mapping lava flow News 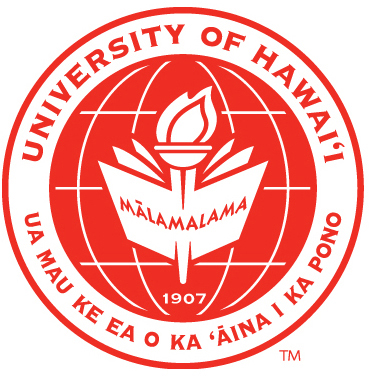 HILO, Hawaii — Predicting where the June 27 lava flow will go next is a fluid undertaking.

In addition to the original topography of the landscape impacted by lava flows, workers with Hawaii County Civil Defense must take into account the changes made to the topography by the hardened lava left on the surface and how that will affect future flows.

That means that topographical maps used to predict the flows’ movement must change day to day, and even hour to hour in some cases when the lava is moving quickly.

That’s where a team of University of Hawaii at Hilo researchers is proving it has the right stuff.

Since early September, UH-Hilo’s Spatial Data Analysis and Visualization Laboratory has worked in partnership with Civil Defense and the U.S. Geological Survey Hawaiian Volcano Observatory to fly an unmanned aerial vehicle, or drone, outfitted with a high-resolution camera to map the flow.

“We first heard about the lava flow heading towards Pahoa Town and we immediately started getting (Federal Aviation Administration) permission,” said Nicolas Turner, SDAV’s cyber computer programming analyst. “That was one of the biggest hurdles.”

While many in the general public might think of the small, remote-controlled drones as toys, the FAA takes them very seriously, explained Arthur Cunningham, the team’s aeronautical science consultant.

“To the FAA, you’re a pilot,” he said. “You need to pass a flight physical, and be licensed. Because if something goes wrong, that vehicle could be up there without a pilot.”

One factor that helped speed up the process was the fact the team’s Sensefly SwingletCAM drone — which looks to be not much more than a black foam wing with a propeller — already was authorized for use on the island. They simply worked with the FAA to allow them to fly it in the area of the lava, and they were off and running — or flying.

The team’s first flight was Oct. 22, according to Ryan Perroy, UH-Hilo assistant professor of geography and environmental science, and since then they’ve been flying every three to seven days, sometimes making repeat flights every other hour all day long.

This photo taken Nov. 19, 2014, in Hilo, Hawaii, shows University of Hawaii at Hilo researchers Ryan Perroy, left, Arthur Cunningham, middle, and Nicolas Turner, right, display some of their unmanned aerial vehicles they use on their flight team with the UH-Hilo Spatial Data Analysis and Visualization Laboratory. The team has been working to map the June 27 lava flow as it continues to impact the lower Puna area. (AP Photo/ Hawaii Tribune-Herald, Colin Stewart)

“We keep it within line of sight of our platform, and it flies around the area we’re mapping out, making sure to get a good overlap. It takes photos every second or so,” he said.

The team uses mostly off-the-shelf equipment, including a point-and-shoot Canon camera attached to the drone, to create truly stunning, three-dimensional, high-resolution images of the lava flow.

The drone also has instruments to keep track of flight telemetry and GPS coordinates so the team knows exactly when and where photos were snapped, including the pitch of the vehicle, its speed and more.

The secret, Perroy explained, is in taking enough photos to create plenty of overlap in the areas of ground they cover, and from various perspectives. That allows the research team to stitch the photos together using specialized software, creating large “orthomosaics,” which give very precise and accurate information for Civil Defense to assess the situation on the ground.

“One of the first missions they flew was up above the Apa’a Street area, and they had done some mapping of the flow field, and that was extremely valuable,” said Hawaii County Civil Defense Administrator Darryl Oliveira. “They validated some of our measurements of where the flow was widening, and demonstrated their aircraft and program as far as what they were capable of doing.”

Oliveira added the team’s drone has proven to be especially useful on days when the county’s helicopter has been unavailable to provide Civil Defense officials an in-person bird’s eye view of the situation on the ground.

“At least twice, they (the county’s helicopters) have been unavailable because they were involved in other missions, and having a pre-arranged agreement with them (SDAV) to do surveying and mapping has been truly valuable. Not to mention the quality of their imagery is exceptional. The resolution is just phenomenal. In place of having a person up there, we’re able to make the same assessment of what’s happening,” he said.

As for the members of the team, they say the opportunity to work on the project has been personally and professionally rewarding.

“It’s been unbelievable for me,” Perroy said. “We’re very aware how important this is, and we want to support the citizens of Pahoa as much as we can. And this has also been a pretty amazing opportunity for the students. . To work on something like this is an unbelievable opportunity. We’re all very humbled to contribute.”

For more information about the laboratory, visit http://geodata.sdal.hilo.hawaii.edu/.

via Team of UH-Hilo researchers and their drone assist in mapping lava flow.