February 24, 2015 Comments Off on Quadcopter Parts: What are they and what do they do? Featured, How to

Quadcopter Parts: What are they and what do they do? 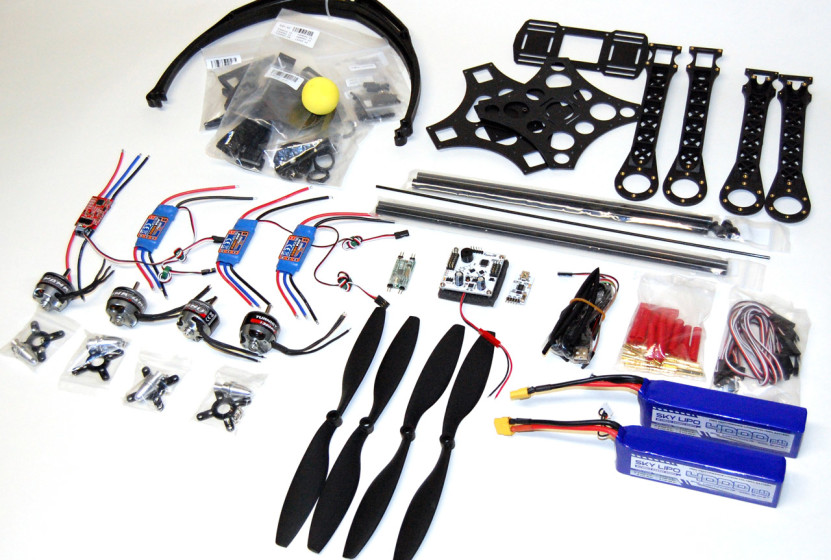 Quadcopters are compounding in popularity each and every day. This is largely due to their appeal to a wide array of hobbyists including amateur filmmakers, photographers and nature lovers among many others.  As a hobbyist, having a basic understanding of the different parts of a quadcopter can help in troubleshooting repairs and can help when you’re trying to modify a quadcopter to suit your specific needs.

A quadcopter looks like a complex piece of machinery and it may seem like an intimidating prospect to modify or fix such a thing at home. But the truth is that if you have an understanding of the parts, it becomes much easier.  Quadcopter components are designed to come together pretty easily, and if directions are followed, you can actually build a DIY quadcopter at home!  So, let’s get into it…. What makes a quadcopter?

The skeleton of a quadcopter is the frame (chassis), some motors and propellers attached to the chassis.  Let’s look at the frame first.  Quadcopter frames come in a variety of sizes and weight ratings. Most have the same basic appearance – a vague X shape. For hobbyists wishing to mount something with additional weight such as a camera, a sturdier frame rated for more weight is recommended.  However, adding a sturdier material typically creates more weight itself, causing you to require longer propellers and a stronger motor to create the lift necessary to pull up the weight.  There’s always a delicate balance played by the manufacturers between flight speed, maneuverability, and flight time. 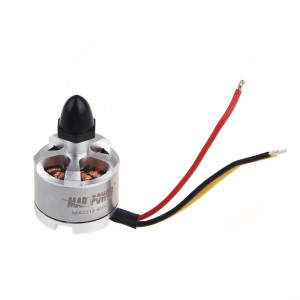 The next and probably most important component is the motor.  Motors are rated in “Kv” units, which equate to the number of revolutions per minute a motor can achieve when a 1v current is introduced to it unhindered.  The higher the Kv, the faster the motor can spin.  However, faster is not always better.  A faster motor spin requires much more power from the battery, causing your flight times to decrease.  More RPMs also decrease the life of the motor over the long run.  You’ll see this typically referred to as ‘burn out’.

Longer propellers can achieve stronger lift at lower RPM than a shorter propeller, but take longer to speed up and slow down.  Beyond a certain size, they’re literally unable to fly.  For heavier weights, you’ll typically see manufacturers add more arms onto the frames (hexacopters/octocopters).

Shorter propellers allow the quadcopter to change speed quickly and do tend to produce better maneuvering capabilities, however they require more energy to spin them.  This causes excess strain on the motors, which may lead to shorter life span for the motors.   If you put everything together, an efficient quad will have properly sized, low RPM motors with very large props.

The faster you want to go, the more aggressive a pitch you want.   If you want to go somewhere fast a higher pitch might be appropriate. However, since quadrotors are generally hovering this means you want the lowest pitch available.  Most quadcopter propeller pitches are typically the same. 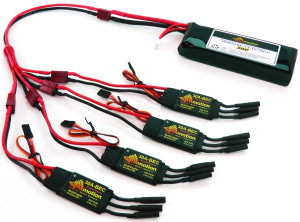 So far, we have the most obvious components of the quadcopter – a chassis, motors and propellers for lift. But, a machine of this sophistication does have more to it than that. Yet, you’d be surprised at how little more there actually is.  The next part needed is an electronics component called an electronic speed control, or ESC.  There’s an ESC for each of the four motors of the quadcopter.

An ESC supplies the proper modulated current to the motors, which in turn produce correct rates of spin for both lift and maneuvering. There are fewer things to consider with an ESC than with other components since they’re a fairly standard part, but there are two small factors.  Most ESCs come with the SimonK firmware, which is designed for the precision timing of multiple rotors which a quadcopter uses. Tthis is a standard feature in most ESC designs now.  Usually ESCs also come with a battery eliminator circuit (or BAC), which allows the flight control and transceiver components to connect to the ESC rather than directly to the battery.

Next, comes the brains of the quadcopter, the flight controller. The flight controller is basically the little computer which controls the craft, and interprets the signals the transceiver sends to guide the quadcopter.  For builders of quadcopters, choosing a flight controller is more of a personal choice in many ways, not unlike choosing from various PC processors in the same power range.   Each have various options that each manufacturer wants and may or may not be customizable.  If this is something that needs to be fixed, start reading the forums and listen to hobbyists who recommend affordable, reliable controllers which work with most components easily. 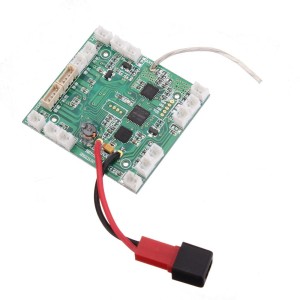 A channel is a control input.  If your quadcopter had no channels, it would just hover in place.  A minimum of 4 channels is required to get the quadcopter to move.  2 channels would be available for each stick on the transmitter.    Each additional channel allows you to add controls for accessories (like gimbal control) onto the transmitter.  If you’re going to stay with this hobby for a while, then it makes sense to invest in a good transmitter now, something that has up to 8 or 9 channels. 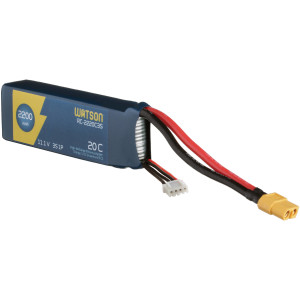 Finally, to power the quadcopter you’ll a power source, which is typically a LiPo (Lithium Polymer) battery.  LiPo batteries use a C rating, which stands for it’s capacity to discharge.  You’ll typically see a LiPo battery have “20C”.   So if you see a 25C 4000mAh LiPo battery, it means that you can get a maximum of 25C * 4 = 100A (A standing for Amps).  The power of the battery is usually dictated by the energy draw required from the ESCs.  For example if you motor’s maximum draw is 19A, at the very least you’ll want a 30A ESC to be safe.  Now multiply that by the number of propellers you have (4 in this case) and you’ll get the maximum draw for your entire quad – 4 * 19A = which is 76A. Your 4000mAh 25C LiPo would definitely be enough for this quadcopter.

A lot of battery types can be fully discharaged, but the LiPos have a minimum voltage requirements, which if gone beyond can cause damage to the battery.  In most cases it’s 3.0 volts, but can vary from battery to battery.  This is generally about 80 – 85% usage of your battery.   Once past this mark, battery power drops fairly quickly.  So make sure you’re landing or are about to land when you hit this mark.

You’ll also notice that most quadcopters come with a battery charger specially designed for the battery.  It’s important to use the one they supply you with.  It controls how much current is sent to the battery.  Charging a LiPo battery past 100% could actually cause a fire.  Make sure to charge batteries in a fire safe area (away from things that are flamable).  Allow your battery time to cool before charging again.

So now you know all the different parts that go into your quadcopter!  Go out and start modifying your old quadcopters.  It’s a fun way to learn more about the ins and outs of a quadcopter.  Eventually, you’ll start building your own quadcopters from DIY quadcopter kits, and maybe even one day, designing your own.

Update:  Thanks for the feedback from the great guys over at http://www.reddit.com/r/Multicopter.

Blade Nano QX BNF Review
» Featured, How to » Quadcopter Parts: What are they and what do they do?