March 6, 2015 Comments Off on Must Have DJI Phantom Accessories Buying Guides

Must Have DJI Phantom Accessories 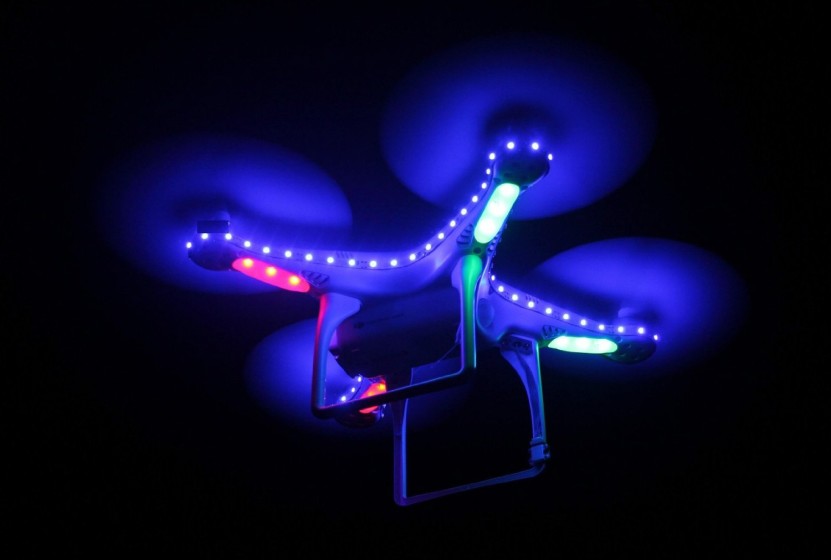 The DJI Phantom 2 quadcopters have been a great series of quadcopters built specifically for aerial photographers to get the perfect shot, not limited by physical reach.  Many photographers entering into this space have at least one DJI Phantom in their stable, because of their all around great quality and ease of use. Because of the popularity of the Phantom 2, several accessories and modifications have been developed to meet the personalization and performance demands of more and more hobbyists.  In this article, I will discuss some of the best DJI Phantom accessories and modifications on the market! 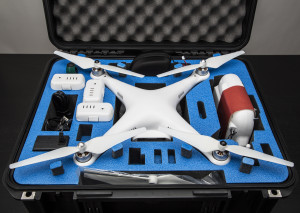 A big accessory for the DJI Phantom is a carrying case. Carrying cases can protect the copter from damage as you carry it around. A good carrying case will be light, strong, and waterproof for total protection.  Eric Cheng, the DJI Director of Photography, prefers the Nanuk 940 Case with Cubed Foam, stating that it’s slightly larger and more flexible than most cases, allowing him to fit a Phantom, gimbal, camera, controller, tools, FPV receiver and monitor, monitor sun shade, extra props, and 5 batteries in his case.  The downside is that you have to configure all the foam yourself to make room for everything to fit.

If you’re lazy like me, buy a travel case that comes pre-configured to carry a Phantom, GoPro and additional accessories.  Two popular cases among professionals are the Go Professional Phantom 2 and the Phantom 2 Vision Hard Case because they’re ready to go and fit everything without having to really modify the foam inside. 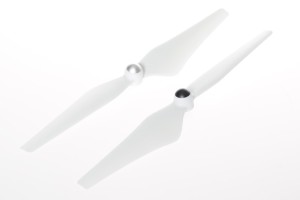 If you don’t have heavy third party equipment, a good addition would be the T-motor Gloss White Carbon Fiber Props.  These propellers are lighter and come pre-balanced as well.  Since they’re light weight, they give you faster control response and higher efficiency.  The downside is that since they’re lighter, they can’t really carry too much additional weight even though they’re longer than the stock propellers. 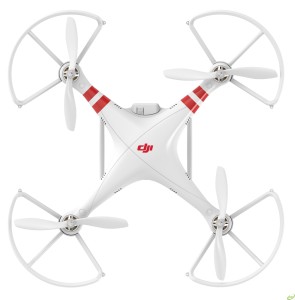 If you are a new flyer, or are just worried about bumping into obstacles, then you should get yourself a set of propeller guards. These are plastic blockers that surround the area where the props spin. As long as they are in place, the props will be protected from harm. You can get propeller guards directly from DJI. They make them to fit the Phantom from the official manufacturer. Prop guards might interfere with other accessories, so check to make sure that they are compatible with everything else you want to add. 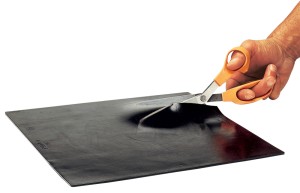 This is a must have for anyone who’s added an after market gimbal for aerial videos to their Phantom.  When you install additional parts, there’s tiny little spaces that are created between the pieces that create vibrations when the propellers start to spin.  The vibrations cause a “jello” effect on any video that’s created.  The only way to minimize the vibrations is to have sorbothane dampeners that will absorb the vibrations so that the camera is steady. 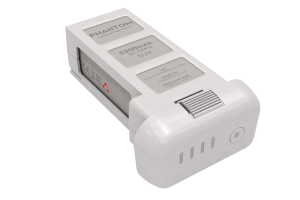 The flight times of quadcopters are pretty limited, with the Phantom 2 being one of the at best at about 20 minutes.  I’m not sure about you, but 20 minutes for me is a pretty short time, especially since I drive a little while to get to a flight field.  I always want at carry at least three additional charged batteries with me so that I can get at least an hour of flight time in.    It’s worth it, but they are not cheap, coming in at a little over $100 for each battery. 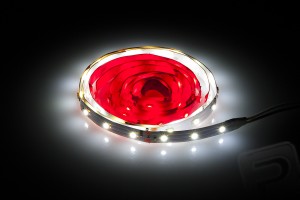 Nothing makes the Phantom come to life at night more than a nice strip of LEDs along the side. There are lots of these accessories from third parties. They come in different colors and arrangements, and they do not add much weight to the quadcopter. They do, however, drain the battery faster. It might be worth it, however, to have a quad that glows in the dark as you fly it.   Make sure that you don’t scare the neighbors into calling the police because they think there is a UFO in the area! 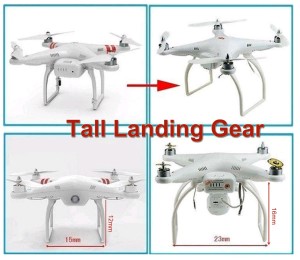 The DJI landing gear for the Phantom doesn’t give much clearance between the camera housing and the ground. There are manufacturers that produce special landing gear that is longer than the stock gear. This allows the Phantom to land without risking any damage to the camera or the bottom of the copter. While they do add a little weight, these longer legs are a very nice mod for anyone who tends to land a little too hard. With the GoPro cameras underneath being far from free, it’s good to avoid any damage to them. Using these longer legs will preserve the life of the camera as well as the drone.

Hopefully, this list has given you some ideas of how to find accessories and modifications for your Phantom. They can help you keep the drone going in tough conditions or just improve the experience of using it. Generally, mods and accessories come in two categories: functional and aesthetic. An aesthetic mod just changes the appearance of the copter, while a functional one changes how it works. There are quite a lot of mods and accessories out there, so don’t be afraid to experiment with your Phantom. The electronics are simple enough to alter, so feel free to try different components and have fun with the machine. You can make it your own and have it perform exactly the way you want.