November 11, 2014 Comments Off on Buying a Micro Quadcopter Buying Guides 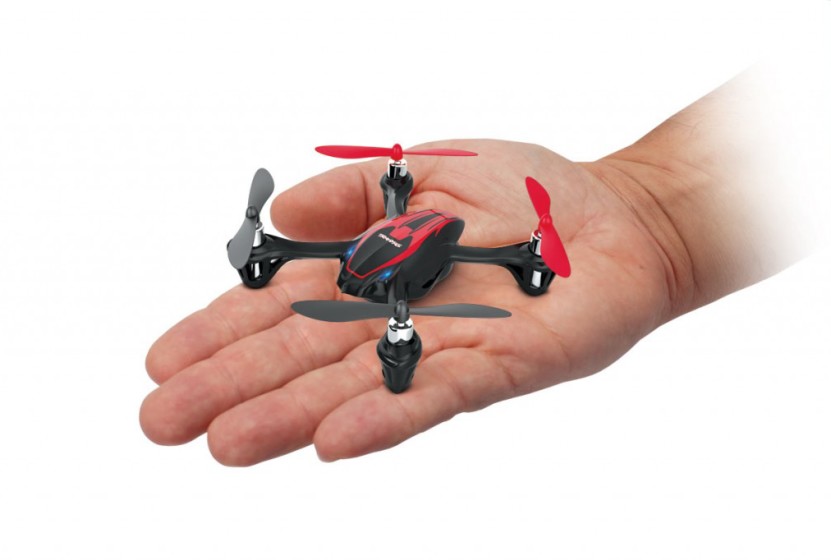 What is a Micro Quadcopter?

Micro quadcopters range from 6 to 12 inches wing spans and are typically flown indoors (some can be flown outdoors with light winds) and short distances.  They’re primarily used for training purposes because of their low cost and agility, giving their pilots the ability to learn complicated maneuvers like banks, barrel rolls, and flips.  Because of their light weight, micro quadcopters also tend to be very durable as well since there isn’t much weight to cause extensive damage in crashes.  Due to their size and limited lift capabilities, you also won’t find many micro quadcopters with heavy payloads such as a gimbal – so don’t expect any of these guys to lift a GoPro camera (although some do come with light-weight add-ons or builtin cameras).

What to Look for When Shopping for a Micro Quadcopter

Don’t let the name fool you, these tiny aerial dancers are exactly the right size when it comes to fun, price and good times. Considered trendy because the technology has been nuanced to such a degree that there’s lots packed into a few inches of flying machine, micros may not receive the fan mail and praise lavished upon sophisticated big brothers like the DJI Phantom and Parrot AR Drone, but for hobbyist-purists, they’re a little bit of paradise. To find the best micro quadcopter for your unique situation, shop wisely and look for information that covers the following points before you open your wallet.

Look for the best pricing

Base your buying decision on construction.

They may be small, but they’re mighty! Today’s micro quadcopters are tenacious and tight, so hitting a wall shouldn’t do more than bruise your ego in situations that might prove daunting to larger, more sophisticated quads. Hobbyists aren’t shy about talking up defects when they post reviews, so you should be able to take a few minis off your short list by reading and eliminating.

While these little guys are durable, they do break like all quadcopters.  Make sure that the one you pick has available parts that you can easily replace.  Some quadcopters like the Hubsan X4 107D has a crash pack that comes with multiple propellers, motors and battery.  Other quadcopters like the Estes Proto-X Nano don’t have any replacement parts available – once you crash it, you’ll have to just buy a new one.

Select the most maneuverable quad.

Make sure to look for performance clues. If product descriptions don’t include details about a micro quadcopter’s ability to bank, do figure eights, rolls, somersaults, accomplish turn cycles and flips, you may wish to take that particular mini off your short list.  Always target 6-axis gyro-controlled systems with  adjustable sensitivity – anything less and you’ll always be flying with trainers on.

You will run into the same brand names as those appearing on the packaging and bodies of larger quads, so it’s always a good idea to choose a micro from a company with a good pedigree.  Among the brand names you’ll encounter when undertaking your search are Traxxas, Husban, Blade, Syma, Estes, and WLToys. If you can elicit personal brand recommendations from others, do so.

Don’t bother to keep looking for a drone in this category if your goal is to hit the wide open spaces at fly parks and fields.  The reality is that anything further than 100 ft from you, you’ll probably lose track of it.   If you hit something and it crashes, you’ll most likely end up losing it.   You’ll always be keeping it in your line of sigh, so flying range is really unimportant.

Micros and minis are outfitted with batteries energetic enough to give you between five and seven minutes of airtime on average, interspersed by 30 minutes of charge time, so you won’t be down for long. But it doesn’t hurt to consult reviews from people living in the real world to see which brands earn rave reviews and load batteries that aren’t as likely give out in mid-flight.  Most of the micro quadcopters are all within this range.